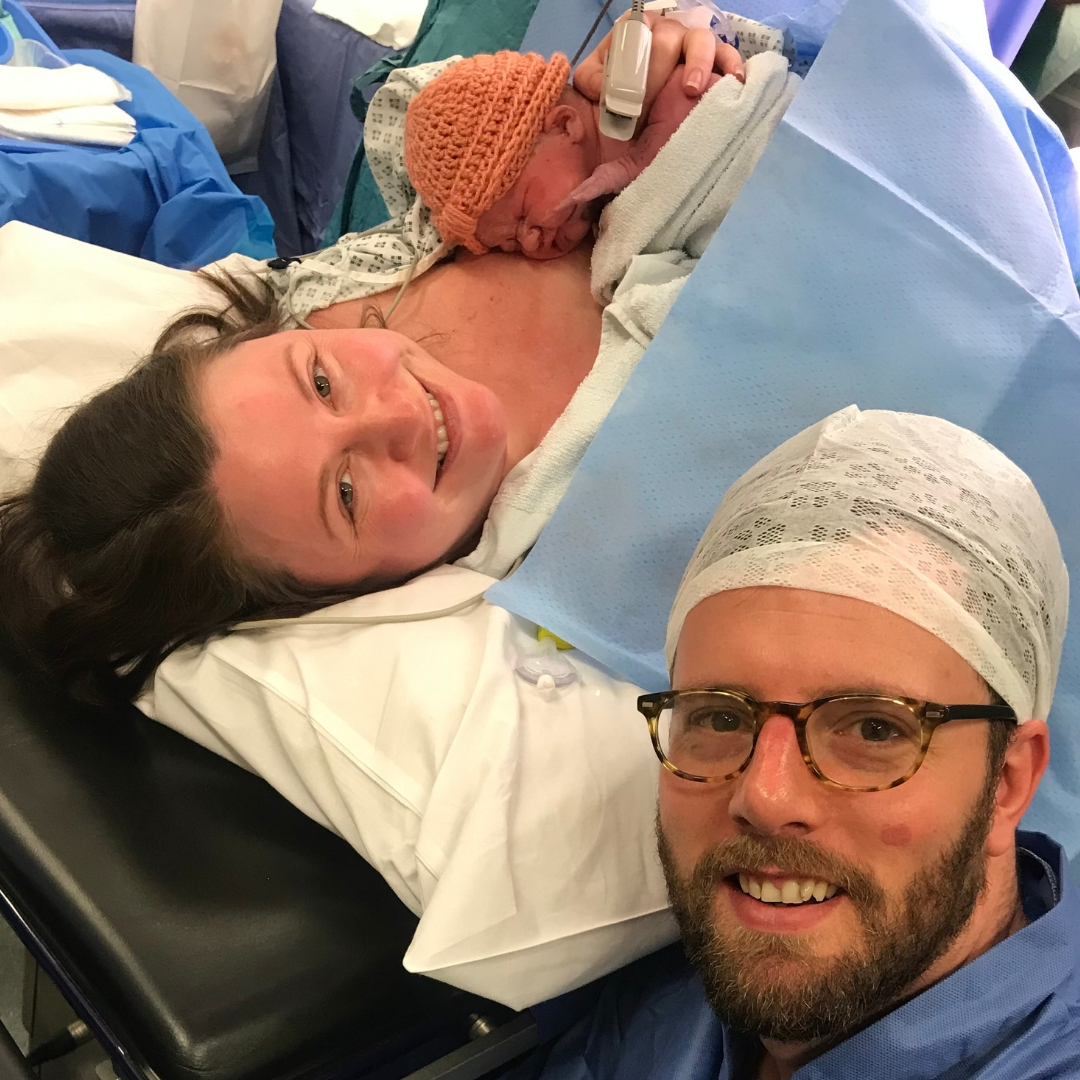 Rebecca Campher is taking in every second of her first few months as a mother, thanks to a unique procedure for cervical cancer carried out at Nottingham University Hospitals (NUH) NHS Trust, making her able to conceive.

In 2014, just a few months after getting married, Rebecca was diagnosed with cervical cancer following a routine smear test. She recalled: “To have cervical cancer at the age of 33 isn’t something that I was ever contemplating, so to be given that news was so devastating. We had been trying to conceive and all of sudden my world came crashing down.

“On top of coming to terms with having cancer, I was facing the prospect of a hysterectomy and the end of my dreams of being a mother. But my consultant, Mr Jafaru Abu, discussed the possibility of another procedure, which wasn’t without risk, but would mean a much stronger possibility of having children in the future.”

Rebecca’s Consultant Gynaecologist Mr Abu proposed a radical trachelectomy, an operation to remove the cervix (neck of the womb). This is a rare procedure only offered by a number of NHS Trusts in the UK as an alternative to a traditional radical hysterectomy, offering Rebecca a chance to have children. A permanent suture - called a cervical cerclage suture - is placed at the lower part of the womb to reduce the risk of miscarriage or premature labour.

Radical trachelectomy is a surgical option in early stages of cervical cancer.
Rebecca said: “Mr Abu was absolutely tremendous throughout, explaining every part of the process in detail and taking me through some tests to make sure I was suitable for the procedure.”

In February 2015, a month after diagnosis, Rebecca was admitted for the procedure at City Hospital.

Following a successful procedure, Rebecca was cleared to conceive six months later. Although unable to conceive naturally, a period of IVF treatments led to a successful pregnancy in July 2018, and in February this year, Rebecca became a mother to Everleigh Grace by caesarean section.

Rebecca added: “This was a carefully monitored pregnancy, but I was in such good hands. From around 24 weeks until birth I was in City Hospital and Mr Abu was constantly around…he was even around for the birth! My obstetrician Judith came to see me every week, and my gynaecology nurse specialist Julie was a constant source of strength. It really was an amazing team to be around.”

Mr Abu said: “As this wasn’t an everyday situation for us, we had to make sure that Rebecca’s situation was well managed. Once someone has had a radical trachelectomy there is a risk of miscarriage or premature birth. We’re really pleased that Rebecca has had a successful pregnancy – it’s been a pleasure getting to know her, and now her baby girl!”

Rebecca still has to visit the hospital every six months for check-ups. She says: “To be honest, coming back isn’t a chore at all because I get to see the team again. If it wasn’t for Mr Abu, I wouldn’t be a mother today.”

Nottingham University Hospital’s annual Team NUH Awards recognise staff like Mr Abu and the gynaecology team, who go above and beyond for patients, their loved ones and carers. If you’ve received great care at QMC, Nottingham City Hospital or Ropewalk House, the Awards are a great chance to say ‘thank you’. Visit https://www.nuh.nhs.uk/teamnuhawards to submit a nomination. Nomination close on 23 August.