We are very grateful to our new mums, partners and families who are happy to share their experience of our maternity services here on these pages.  Their stories are personal to them and whilst each pregnancy and birth will be different, we hope you find some inspiration, reassurance or merely some enjoyment in reading about their time in our hospitals.

If you have been in one of our maternity services and have a story that you'd like to share with others on this page and via social media, please contact us about your experience on maternityviews@nuh.nhs.uk

Jade Smith gave birth to her baby, who is thought to be the biggest baby born in Nottingham in 2021.

Weighing in at a whopping 13lb 2oz, Paisley Jade West was born on August 2, 2021 at City Hospital, Nottingham via C-section.

After being told her firstborn baby might be large, Jade “didn’t think much of it” to begin with, even though she was finding it hard to walk around.

Jade said: “I found out I was pregnant on December 1, 2020, was told everything was going well, had a 12-week scan and was told she was bigger in size than expected.

I didn’t think much of it really, but when I had another scan at 20 weeks, I was told she would weight around 10lbs.

“It got me a bit scared and I had to keep coming in for scans. Towards the end of the pregnancy, I was in a lot of pain carrying that size baby and the same amount of water, it was hard to walk around and I struggled being pregnant in summertime.”

Jade was given the option to have a C-section, which made her feel more comfortable.

Jade said: “If I tried a natural birth that could have dislocated Paisley’s shoulders and I could have gone into an emergency C-section anyway. But the C-section went great, and she’s healthy now.”

“I had some complications with my scar afterwards because of the way I had been carrying her, and Paisley found it hard to breathe at first and was taken to the neonatal ward.  But everything was OK in the end.”

Her friends and family were amazed at the size of Paisley and even had the consultants at City Hospital amazed.  Jade decided to see if any bigger babies had been born before Paisley in Nottingham.

She said: “My consultant at the time said it was the biggest baby they had ever delivered. Everyone on the neonatal ward also said it is the biggest they’ve seen at the hospital too.

“My partner, Joseph held her first and was in shock, you should have seen the reaction on his face, he didn’t know what to do with himself!” 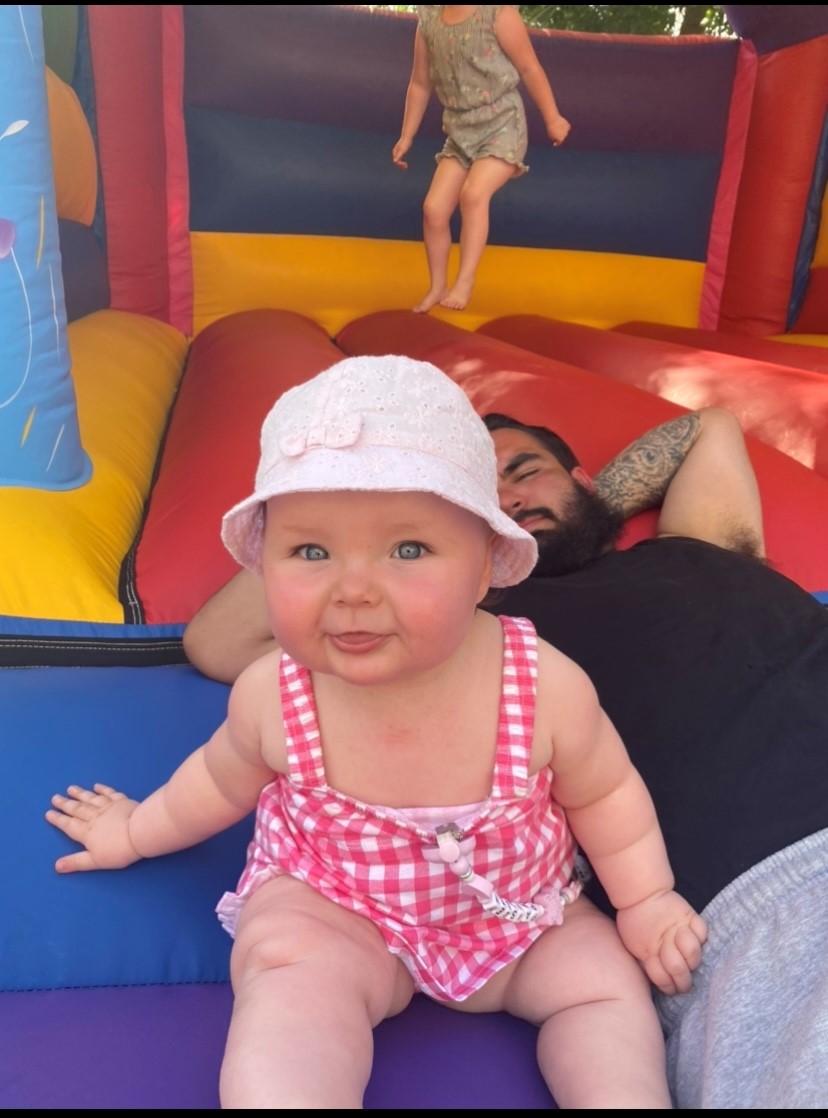 and are pleased she had such a good experience at our hospital.

“We wish her and her family every good wish for their future together.”

As told by his parents Sarah and John Hartshorne 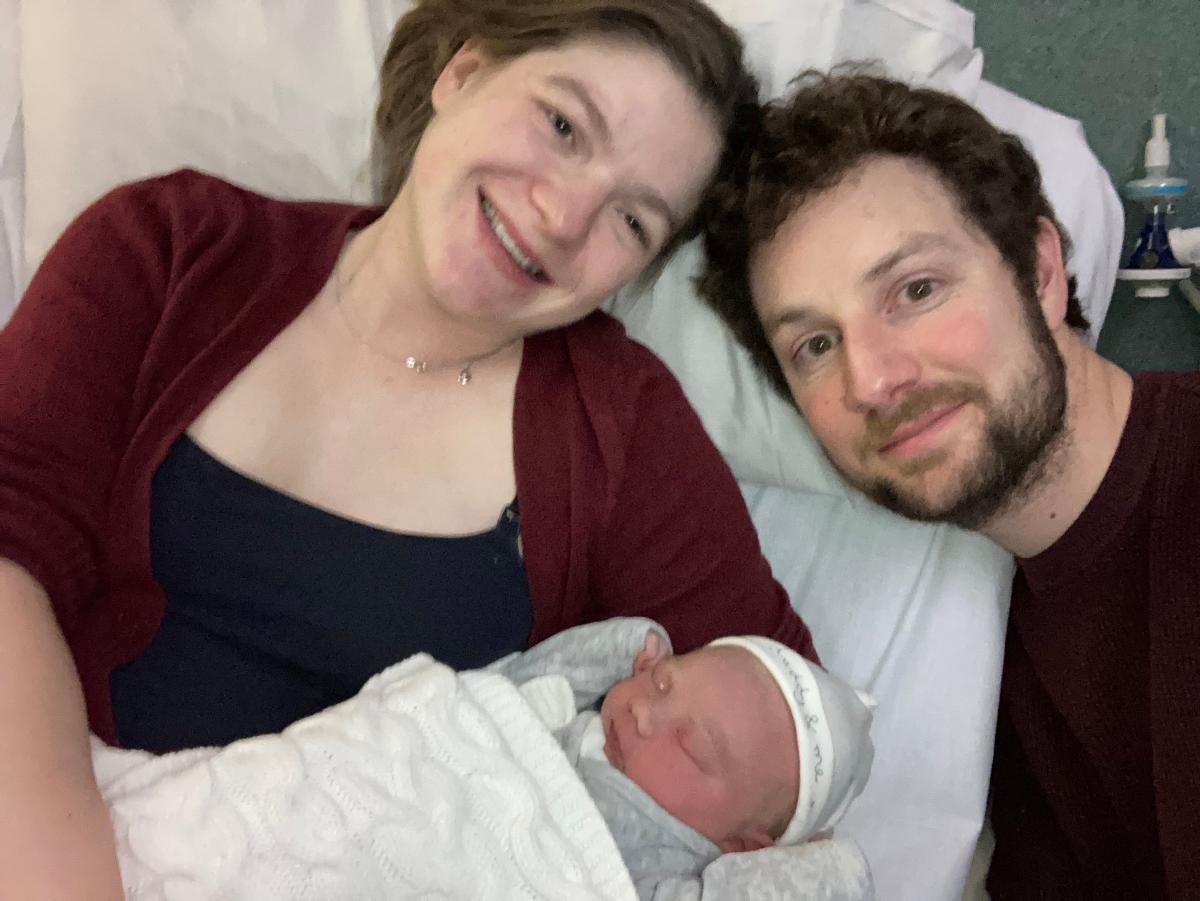 Sarah had a lovely, uncomplicated, first birth in the pool at QMC.  With her second pregnancy, she thought she’d really like a home birth as she didn’t feel it was risky and it would enable her to introduce the newest member of her family in her family home, in a natural and calm environment.  She didn’t do anything about it until her Community Team suggested she’d be a good candidate for a home birth. Sarah then chatted it over with her husband, John, and decided it would be a great experience for the whole family to be at home for the birth.

However, Covid-19 then hit and home births were suspended. Sarah thought that was it and her home birth just wouldn’t happen.  She resigned herself to another hospital birth, which wasn’t an issue as she’d had such a lovely experience first time around.

Then at 39 weeks she saw on the Facebook group page that home births were starting up again.  She didn’t think much about this until the community team got in touch and again encouraged Sarah to go for it.

Sarah says: “Suddenly, a home birth became a potential option. The community team were really positive and encouraging. To be honest, it was quite empowering from my perspective and I can’t thank them enough for their support, enthusiasm and care in making this work for me.  They really did give me a wonderful experience.”

Once everything was set up at home, with a pool and towels at the ready, like most new mums to be, it was then a case of waiting.  At one of her final antenatal appointments, Sarah was told baby’s heart rate was a little unusual and was advised to go into QMC for a check-up.  She did this and thankfully everything was ok.

Only half an hour after returning home, Sarah went into labour at about 5.30 pm and she called the community team.  Once again Sarah thought her home birth might not happen if baby decided to arrive in the middle of the night.  However, the community team arrived and Sarah settled in for the wait with her family around her.

Sarah says: “It was lovely, such a calm experience, apart from the normal birthing pains which unfortunately you can’t escape! As I was at home, I had my husband and mum there with me and George had his grandad looking after him and was asleep next door. Originally I had envisaged another pool birth, however as the labour progressed I felt most comfortable upstairs in a lying position. Again the team were great in responding to me as things naturally developed.

“I felt supported and safe throughout the whole experience and I’d definitely recommend a home birth to anyone who is suitable for one. The birth itself is one of the proudest moments of my life.”

Unfortunately, the baby had shoulder dystocia, which is when one of baby’s shoulders gets stuck during birth.  However, with help from the two midwives supporting her, Sarah changed position and Thomas was delivered into her arms in her own bed.

Sarah did, however, need stitches and the paramedics were called to take her to hospital.  The paramedics thought they were attending a birth, so it turned into a bit of a celebratory journey once they realised baby was already here.  Sarah had her stitches at QMC and was only in hospital for about 3 to 4 hours.  Once she’d explained her home birth to the team on the labour ward, everyone rallied round to get her home as quickly as possible.

Sarah adds: “Thomas’s big brother George woke up and immediately joined us for cuddles with the newest addition to our family; in the room he was born.” 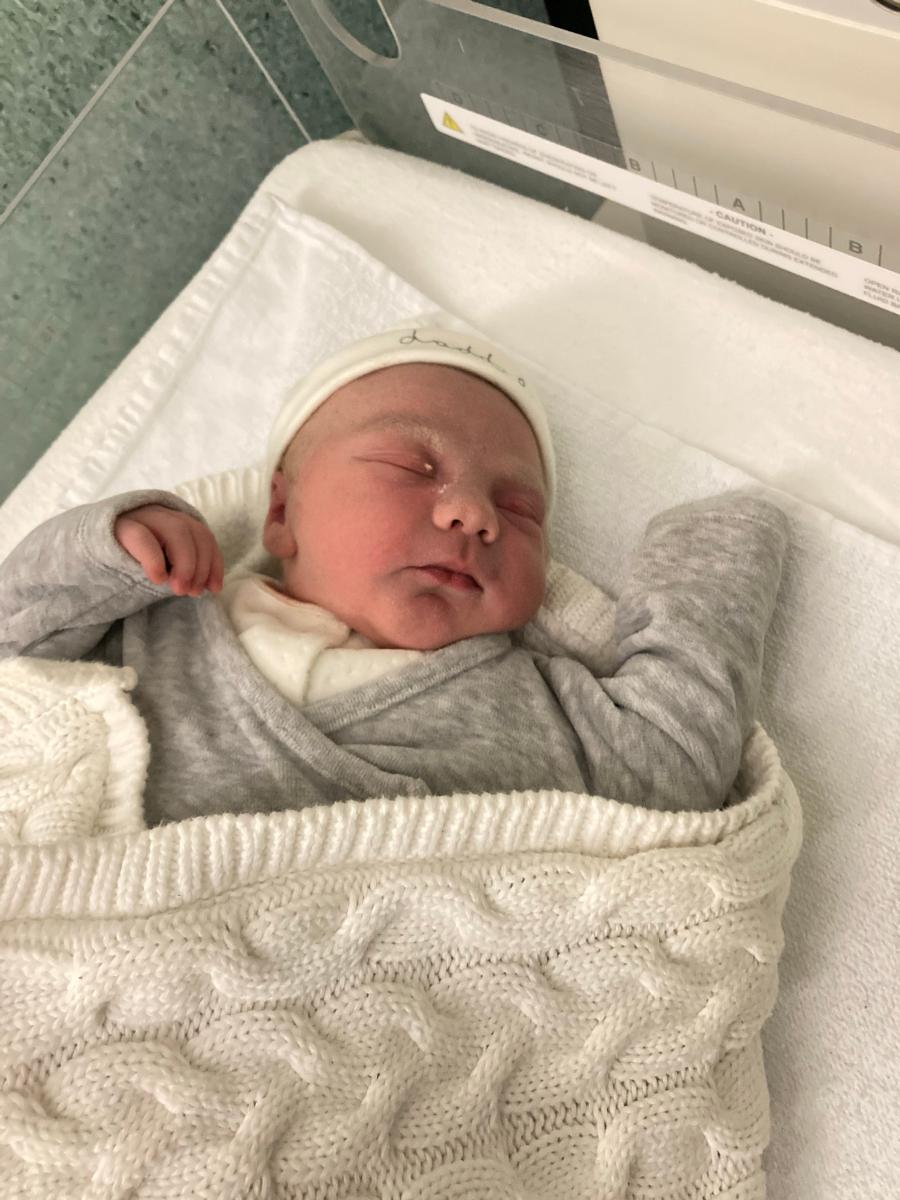 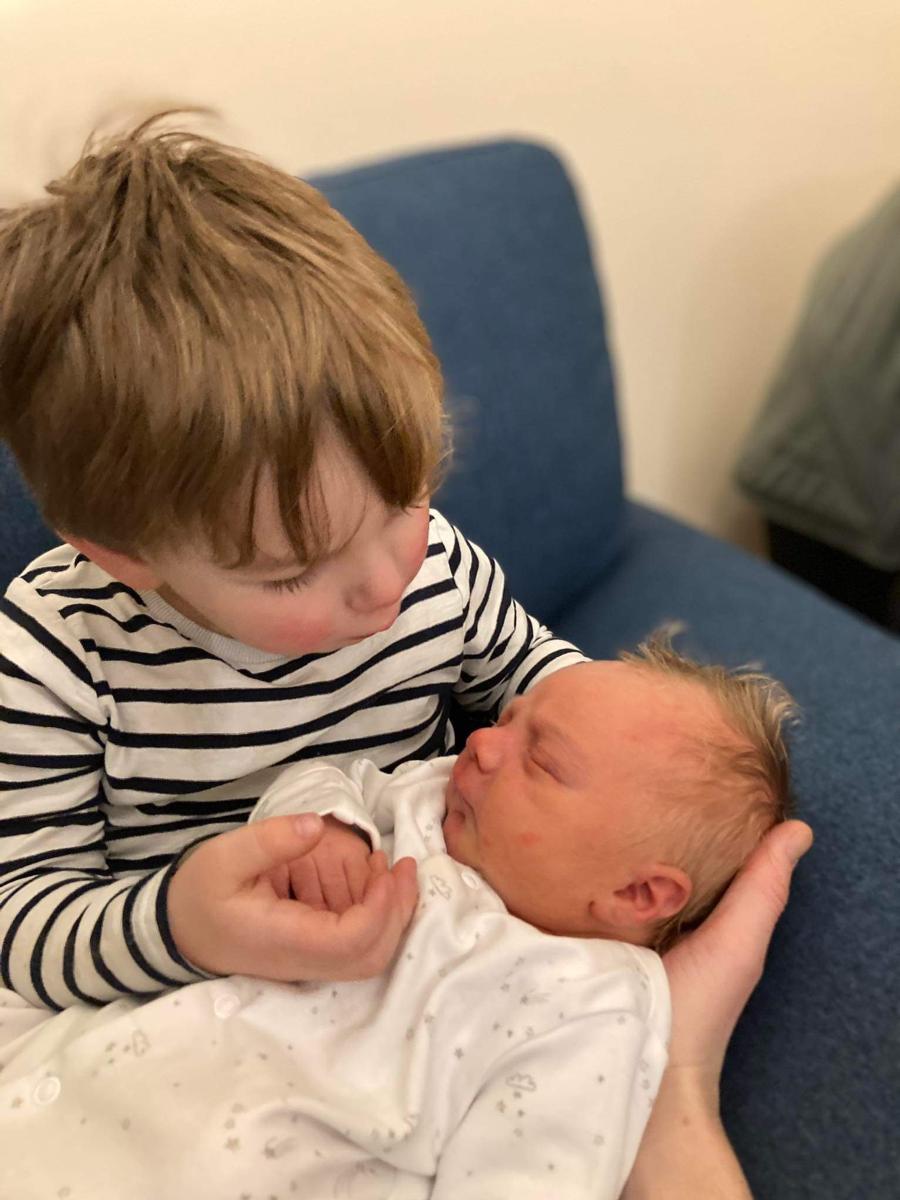 We wish Sarah, John, George and Thomas all the very best for their future together.