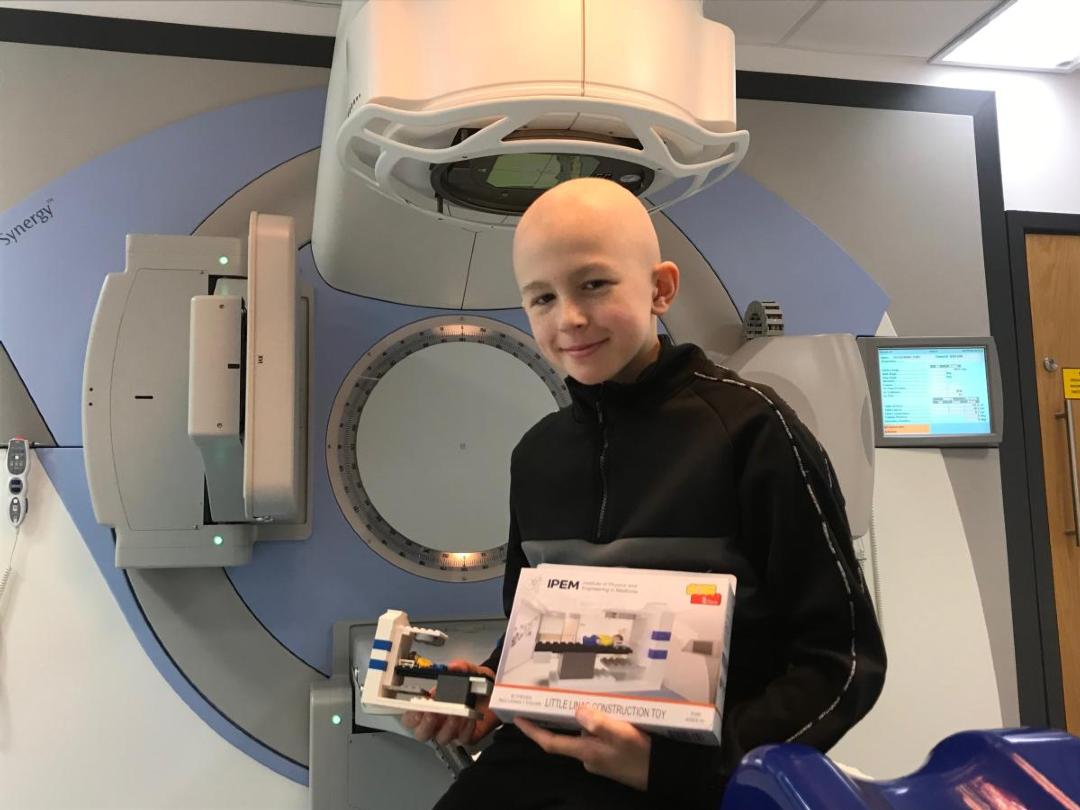 Children undergoing radiotherapy at Nottingham University Hospitals NHS Trust (NUH) will receive toy models of medical equipment to help them cope with anxiety and better understand the treatment they require.

The project, set up by the Institute of Physics and Engineering in Medicine (IPEM), found that using the models helped to reduce a young person’s worries about treatment through play, allowing them to understand what a machine looks like before they undergo treatment.

The models are provided free of charge and can be modified into different machines typically used in radiology, such as MRI and CT scanners as well as Gamma cameras.

Ten-year-old Aaron Pilcher is the first patient to benefit from using one of the models, known as a ‘Little Linac’. He said: “It was really scary at the start of my treatment, but when I was given the toy it helped me to see what the machine does and what it looks like.”

The Little Linac – short for linear accelerator, which is the device commonly used for external beam radiation treatments for patients with cancer – project provides young people with a set of bricks so that they can make a model of the machine which will be used to treat them.

Keith Langmack, Head of Radiotherapy Physics at NUH, said: “The first set of Little Linac toys have now arrived at the Trust and we are pleased to have already handed one set out to Aaron to use.

“The aim of the model is to help reduce the child’s anxiety through play. By allowing them to see and understand what the machine looks like and how it moves around them during their treatment.”