We hope the experiences shared here are useful for patients and their families who are going through a cochlear implant assessment. We will post new patient stories on this page but you can also find a range of other video and written stories, both adults and children, on our website.

Mary had a progressive hearing loss for more than 30 years and was referred to our programme at the age of 69. She has a profound bilateral hearing loss and was gaining very little benefit from her hearing aids. In the video she tells us about her experience before and after implantation and particularly the effects on her relationships with her husband. 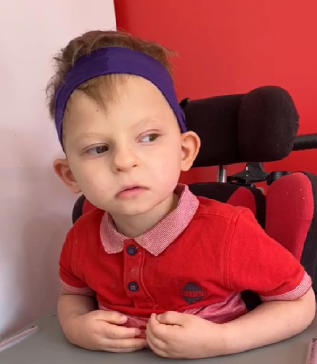 Brodie was born with a rare syndrome which means that he has a complex range of needs, including significant hearing loss, visual impairment, physical disability and epilepsy. His story shows how he was successfully implanted by our team during the COVID pandemic. The NAIP team worked closely with Brodie's parents and his team of clinical specialists, mostly using virtual appointments, to enable him have his cochlear implant operation.

Brodie was fitted with hearing aids at the age of 3 months, but it was difficult to achieve consistent use, due to a range of factors including middle ear congestion, ear infections, sleeping excessively due to his epilepsy and repeatedly pulling out his own aids. An objective test of hearing when he was 16 months old suggested his hearing levels did not meet the criteria for consideration of a cochlear implant at the time, and parents were advised to continue with the hearing aids to see if he could make sense of the sound. However, in 2019, the criteria were ‘relaxed’ to allow people with some hearing to be considered as cochlear implant candidates. It was agreed that Brodie would benefit from more access to sound, and his parents wanted him to have the opportunity to hear what was happening  around him, given he might not be able to get that information visually.

When Brodie was about to be offered a date for operation, he was hospitalised with a severe respiratory infection, and whilst recovering from this, the COVID pandemic struck. Working closely with his parents and with clinical specialists, and, using the adapted PPE in our ENT theatre, developed by surgeons and theatre staff, we were able to minimise risks to ensure Brodie’s safety and the cochlear implant operation was a success.

We delivered Brodie’s equipment direct to his home, and through video appointments, supported his parents on how to assemble the processor and try it with Brodie before attending a face to face audiology appointment to ‘switch it on’.

Click here to see the video of Brodie made by his parents, a few days after initial programming.

Bailey-Rae had a progressive hearing loss  and was struggling to follow lessons in school. She had bilateral cochlear implants at the age of 10 years and although she now loves her implants, she found getting used to a different way of listening was difficult at first. She wrote her story to share with others:

I lost my hearing at the age of 5 and I had a mild to moderate hearing loss. I had hearing aids from the age of five to 10 years old. Also, I had a radio aid system that helped my hearing over distance. Over the years my hearing got worse and the hearing aids were not helping me anymore. So somebody from Nottingham Auditory Implant Programme came to see me at school to do some hearing tests. The lady said they had something that could help me to hear better. It was called a cochlear implant. I was really scared but I knew that the processors would help me. I went to Nottingham (Ropewalk House) to have more hearing tests before I made my decision. I decided to have it done and then they gave me and my parents a date.

In November 2018, I travelled to Nottingham on the train with my parents and my little sister. My family and I stayed at a hotel called Holiday Inn. We stayed for a night. In the morning, at 7 o’clock I arrived at the Queens Medical Centre. An hour later they asked me to get changed into a gown. At 3pm I finally had my operation. They gave me a needle and put a tube in my hand. They put this white thing in the tube and then I went to sleep. I woke up and I could finally eat and drink. They took me to a ward on a wheeling bed. I kept falling back to sleep when I tried to stay awake. Every 10 minutes the nurse came and checked my blood pressure, temperature and they checked my head to see if it was okay.

I couldn’t hear at all after the operation. I wasn’t happy. I felt very dizzy and I couldn’t walk because of my balance. The nurses won’t let you go if you haven’t had a drink, eaten and went to the toilet. After relaxing for a little bit on the ward, I went home on the train. When I got home, I was being sick and it really hurts you. I had two weeks off school and appreciated that because I couldn’t do anything as I couldn’t walk well and my head was feeling dizzy.

I had to wait for a month to get my cochlear implants on. I went to Ropewalk House and they put my implants on my head and turned them on with a computer. I felt really happy that I could hear again but everything sounded very squeaky and strange. It took about a month and a couple of weeks until it sounded normal again but it didn’t sound the same as with my hearing aids. Now, nearly a year later, I am used to the implants and they sound normal to me. I love them!!

My advice to someone who is thinking about hearing implants: It takes a long time and it’s hard work but you wouldn’t regret that you had done it. It was the best decision I made.

After a sudden hearing loss, Sister Linus had a cochlear implant in her left ear and had her initial programming early in 2019. She has written her story to share with others.

I am Sr Linus a Catholic nun.

It was 1989 when I work up one morning not hearing anything at all. I was then 36 years old. 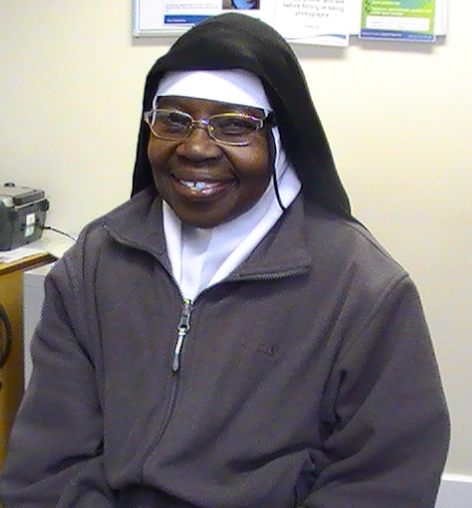 There was no pain nor discharge. Later on that evening I regained my left hearing, but the right side remained off up to today permanently. I was treated for colds and allergies with no improvement to my hearing (right). Scans and x-rays were done with both showing no problem.

I was then fitted with the hearing aid where the left was to transmit the message to the right side. Still there was no good, instead they gave me headache. I took them off.

Though it was devastating, hearing with one ear did not stop me from doing my nurse/midwifery duties. I used my left ear throughout.

I then came to England in 2004 (Shrewsbury). The audiologists there again fitted me with 2 different hearing aids. Still there was no change in my hearing.

Then in 2010, I came to Nottingham. Y  My GP referred me to Ropewalk House where the audiologists have done a fantastic job to help me hear by changing or trying all types of hearing aids but with no improvement. Instead the hearing was going even lower. Again, scans were done which showed no problem in both ears.

In June 2017, the worst came to the worst. Woke up, and as it was in 1989 my left hearing was now also gone off.  My superb audiologist continued to change or give me the best hearing aids but with no improvement. At the same time the team advised me to start thinking about a cochlear implant as they said that would now be the only option.

Assessments with explanations about the advantages and disadvantage were done. The disadvantages scared me especially when I heard I would no longer have my natural hearing. It was a hard decision.

After the left ear going off, everything became very hard. I felt isolated as now the communications were only done through writing. I used so many notebooks. I couldn’t hear our doorbell, whenever the doorbell went somebody was to signal me I could not sit freely with people as I could not follow conversation. Visitors on the door were to write down their names and whatever agenda they had. It was very embarrassing for me. I got nothing from the church services.

In short. After more than a year of assessments and explanations the operation was then done in November 2018. A Just over a month after later, the implant was switched on, and WOW!! It was like a dream. The audiologist asked me a question which I clearly understood and answered. Could hear even the clock ticking on the wall.

I am now 1 month back in the hearing world. I can hear a phone ring and can communicate through phone. I can listen to a tape. I can hear the door bell and talk freely with the visitors. I feel relaxed to site with people. I can hear the birds sing and many other things.

I am just too happy and very, very grateful to the Nottingham Auditory Implant Programme [Nottingham audiologists Cochlear Implant Team]. They have done a fantastic job on me. I want to thank them all for their exemplary patience. Continue to help others as you have done on me. My advice to those with hearing impairment and are scared. Go for it and your life will change drastically.