We are a multidisciplinary team made up of a range of dedicated specialists. To meet our team please click on the sections below.

Our dedicated specialist nursing team provide a monitoring service for people with stable liver cirrhosis of a variety of causes. They co-ordinate our pre and post-liver transplant care service, provide monitoring of autoimmune liver conditions as well as supporting our liver cancer pathway. They also deliver other specialist services as outlined within the individual descriptions below.

Our dedicated paracentesis service is delivered by specialist nurses and a support worker who liaise directly with patients to arrange elective paracentesis as required on the Queen’s day case unit at QMC. The paracentesis team use the Florence Telehealth system to monitor patient weight at home and predict when patients may benefit from paracentesis (abdominal drain).

In addition to providing high quality and responsive patient care, the paracentesis team regularly train clinical colleagues to perform paracentesis and provide an outreach service for inpatient paracentesis throughout the hospital. 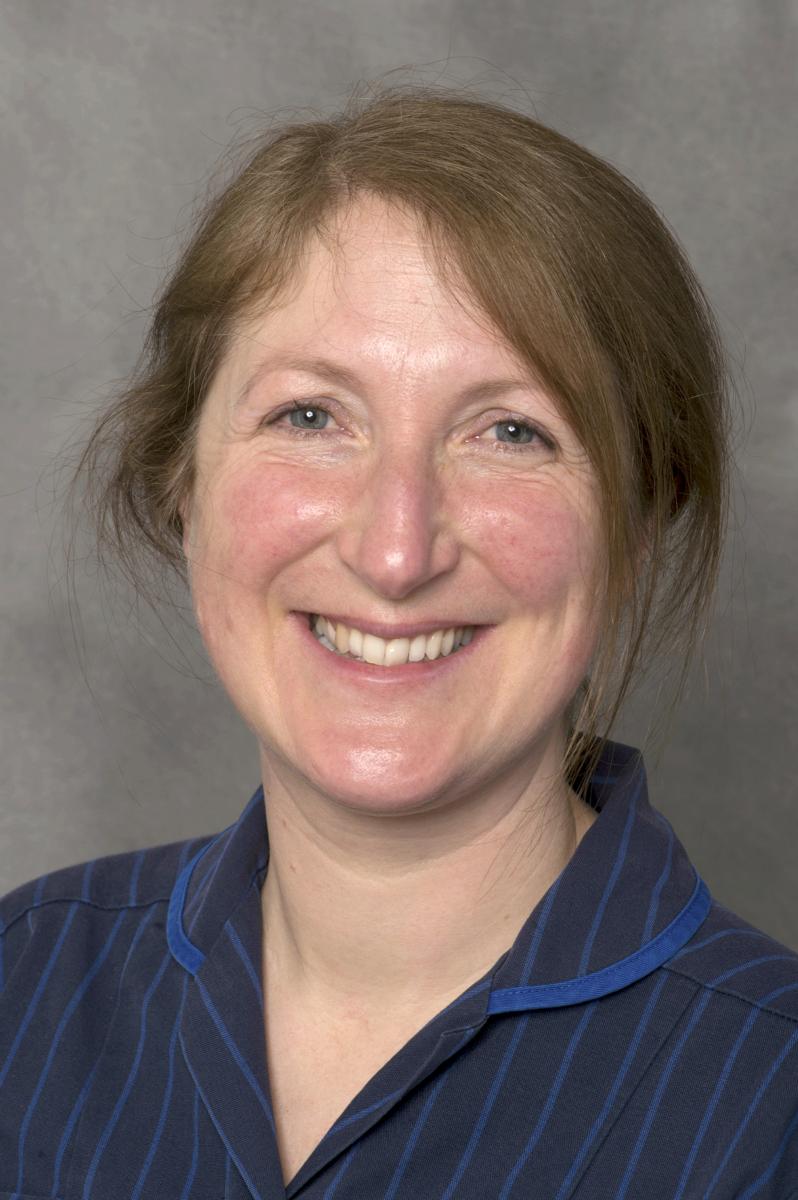 Nicola trained in Nottingham and has been a member of our paracentesis nurse specialist team since 2016. She delivers a paracentesis service for patients with liver disease and provides education and support to patients and their carers. Her areas of interest include liver cirrhosis and diabetes.

Helen trained in East Anglia and has been a member of our paracentesis nurse specialist team since 2016. She delivers a paracentesis service for patients with liver disease and provides support to patients and their relatives. She has a keen interest in research.

Deborah qualified as a registered nurse from the University of Nottingham in 2002. She has always been fascinated by ambulatory settings and has worked in day surgery and daycase environments since 2005 supplementing this with a course focussing on long-term conditions. She assisted in developing our paracentesis service and is deputy manager of the Queen’s day case unit. She has a keen interest in hepatology and gastroenterology research. 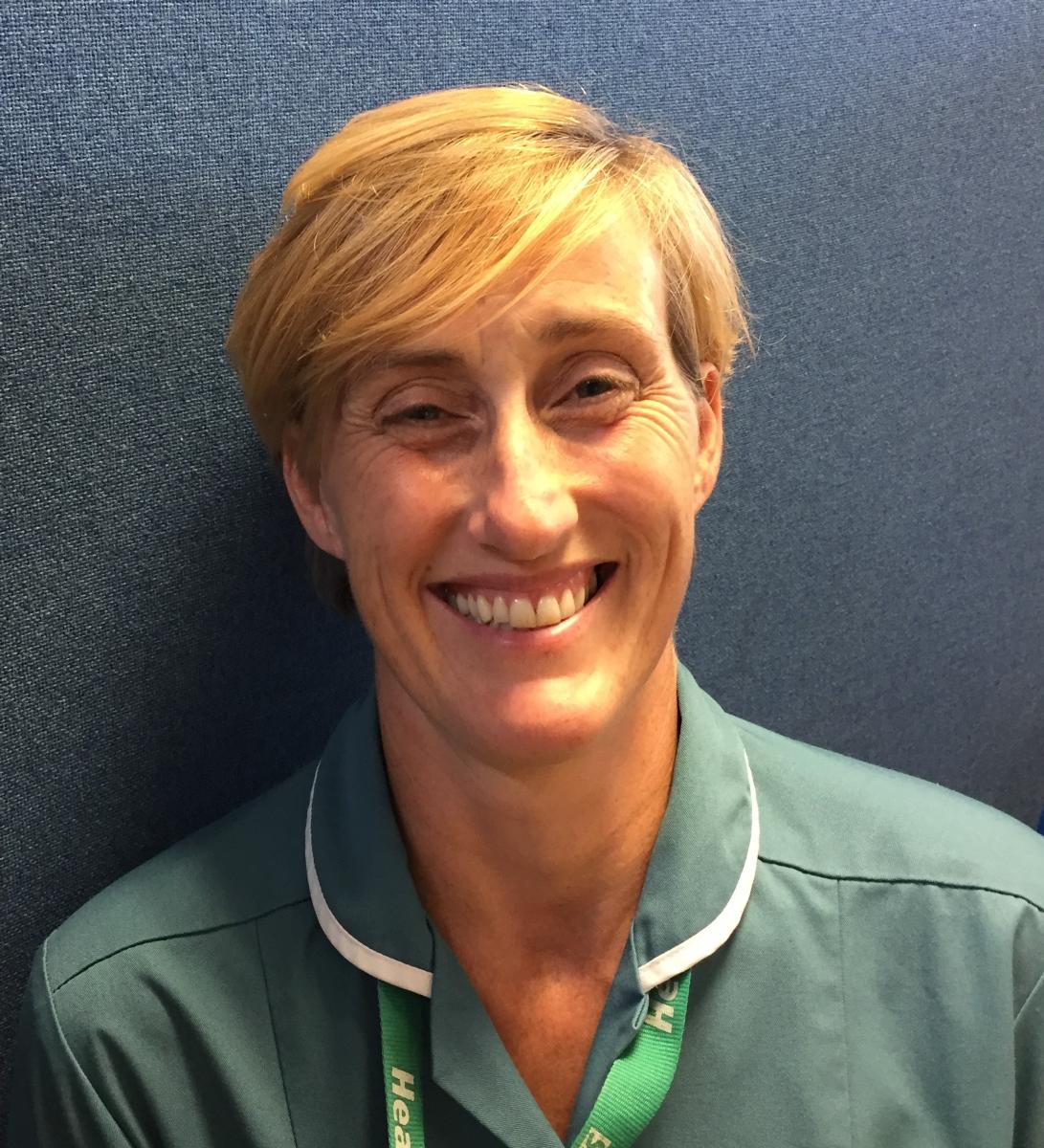 Bev trained in Nottingham as a healthcare assistant and commenced her current role as paracentesis assistant practitioner in 2016. She supports our paracentesis nurse specialists to deliver the day case paracentesis service by triaging patients and arranging bookings for reviews. Her area of interest is liver disease and she educates patients about the Florence Telehealth system.

Our dedicated alcohol care team provide support and specialist input into the care of patients at risk of alcohol-related harm. 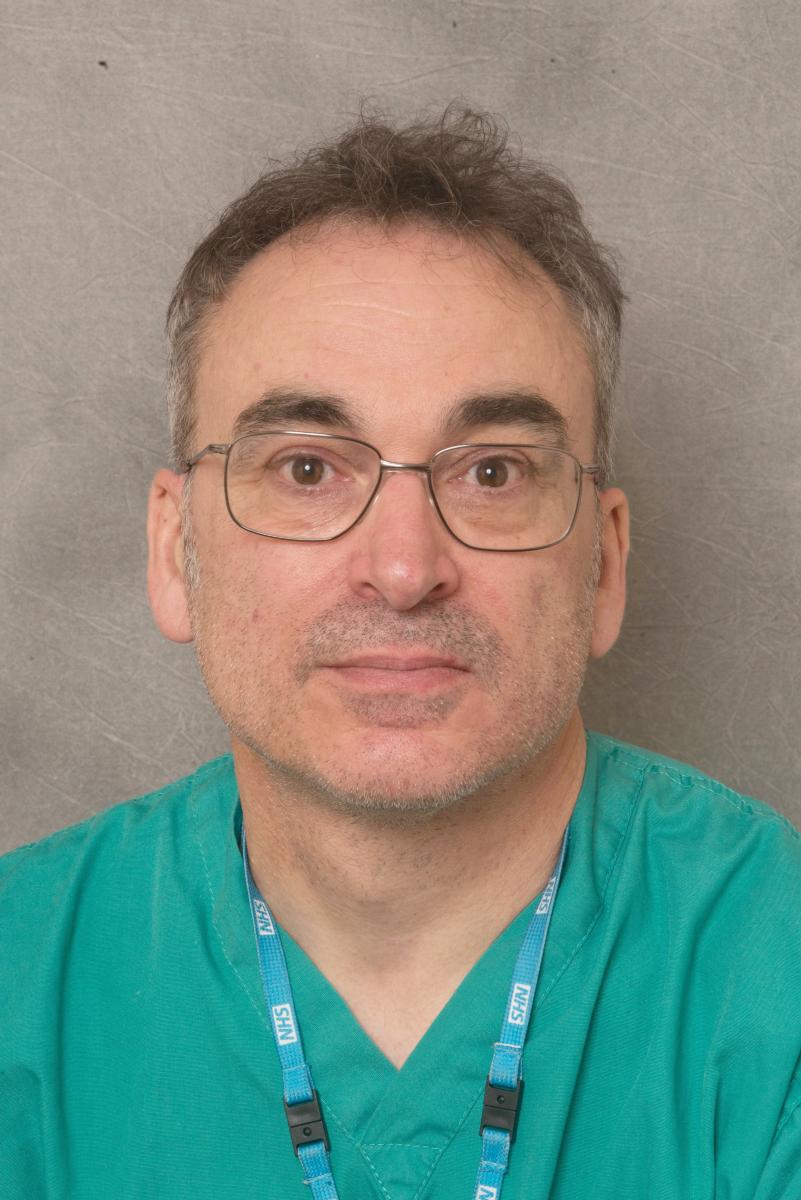 Tim started his career as a mental health nurse in Essex before working in the community in East London. He holds a diploma in substance misuse and has worked in the drug and alcohol field for over 25 years. He worked within the Haringey advisory group on alcohol as a community detox nurse then as the alcohol lead in a community drug and alcohol team. He set up the alcohol liaison service in Broomfield hospital in Chelmsford and has been in our team as alcohol liaison since 2013. He assesses inpatient alcohol needs referring on to appropriate community services and runs alcohol care clinics at NUH. 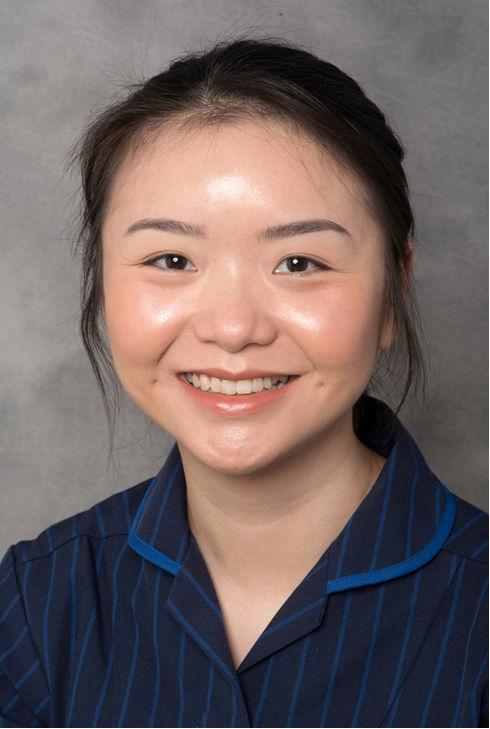 Sue qualified as a nurse in 2015 and has worked in a variety of areas including emergency settings and liver research. During her time in liver research she developed an interest in issues relating to alcohol and liver disease which is central to her role in our alcohol care team. To further her passion for reducing health inequalities and promoting equal access to healthcare she is working towards a master’s degree in public health.

Our dedicated ward team oversee Ward F21, which is a 28 bedded mixed ward comprising of 4 bays each with 6 patients, and 4 single side-rooms. The ward specialises in hepatology and gastroenterology caring for patients with conditions such as liver disease, gastrointestinal bleeding, gastrointestinal cancers and inflammatory bowel disease.

Crue began his nursing career on an acute medical ward specialising in rheumatology. He then spent a number of years working on a surgical ward specialising in conditions of the liver, gallbladder and pancreas and was promoted to deputy manager in 2019. Following this he gained experience in the higher dependency unit for a year. Since July 2021 he has been in his current role as manager of our ward.

Annie trained in Nottingham and started as a staff nurse in 1994. In 2002 she became deputy sister of our liver ward and oversees the general running of the ward. She is responsible for ensuring patient flow and patient safety as well as deputising for the ward manager. She acts as the student nurse link for our ward and has an interest in pressure sore prevention and falls reduction. 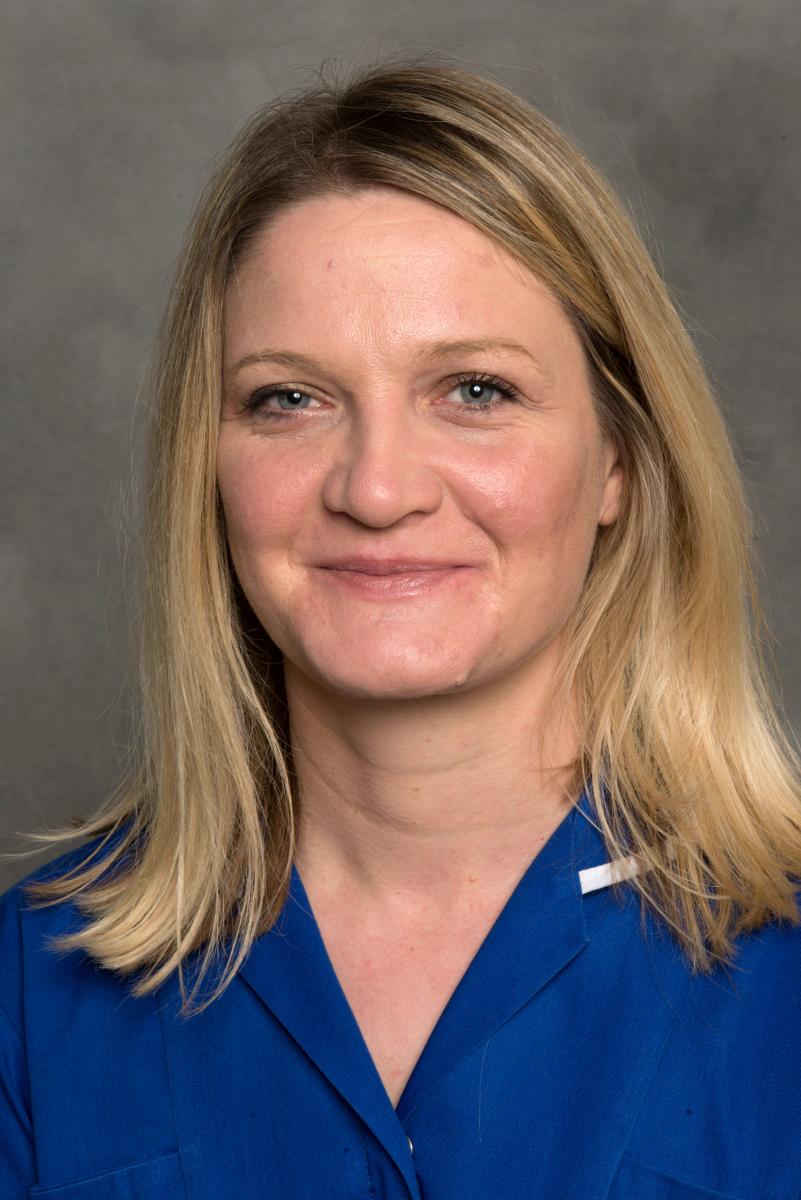 Becky qualified in 2009 from the University of Nottingham and has been deputy sister of our liver ward since 2019. She has worked in hepatology and gastroenterology since qualifying as a nurse and also gained experience in endoscopy whilst working in Essex. 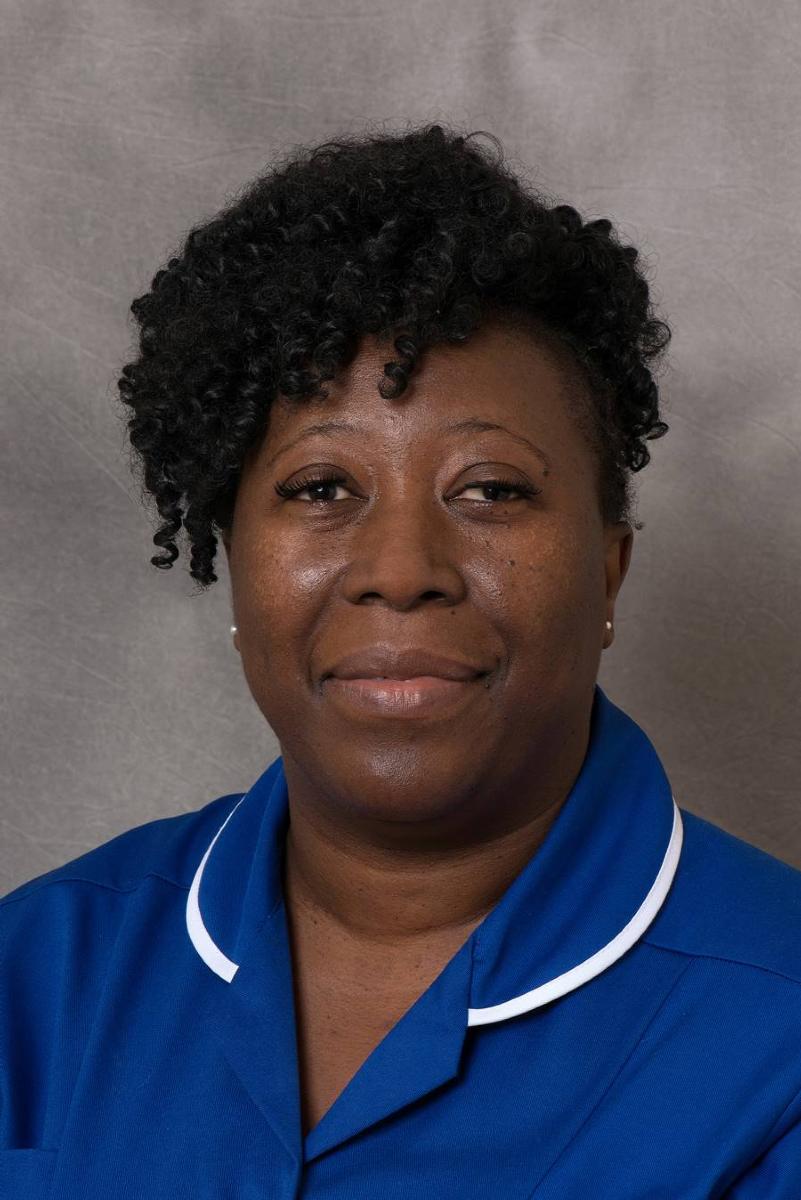 Linda started on our ward as a band 5 staff nurse in February 2018 having completed her training at NUH. She began a secondment post as a Band 6 in July 2019 and continues in this role to date. During her time on our ward she had a keen interest in promoting the infection control link nurse role. She is now also involved in health and safety on the ward and continues to support and supervise students during their placement.

Our matrons are responsible for the overall clinical, operational, service development and staff management of a number of specialist services. These include gastroenterology and nutrition, colorectal, liver (medical & surgical) and viral hepatitis.

Jo has enjoyed a long career in nursing and commenced her post as matron in 2010. She qualified in 1983 and worked for 27 years in a number of critical care settings – predominantly cardiothoracic intensive care.

Michelle qualified with a Masters of Nursing from the University of Nottingham in 2004.  She worked for 15 years within the surgery division at NUH, predominantly within neurosurgery. Michelle was the ward sister of a neuroscience ward for 10 years, before commencing her matron post with us in 2019. 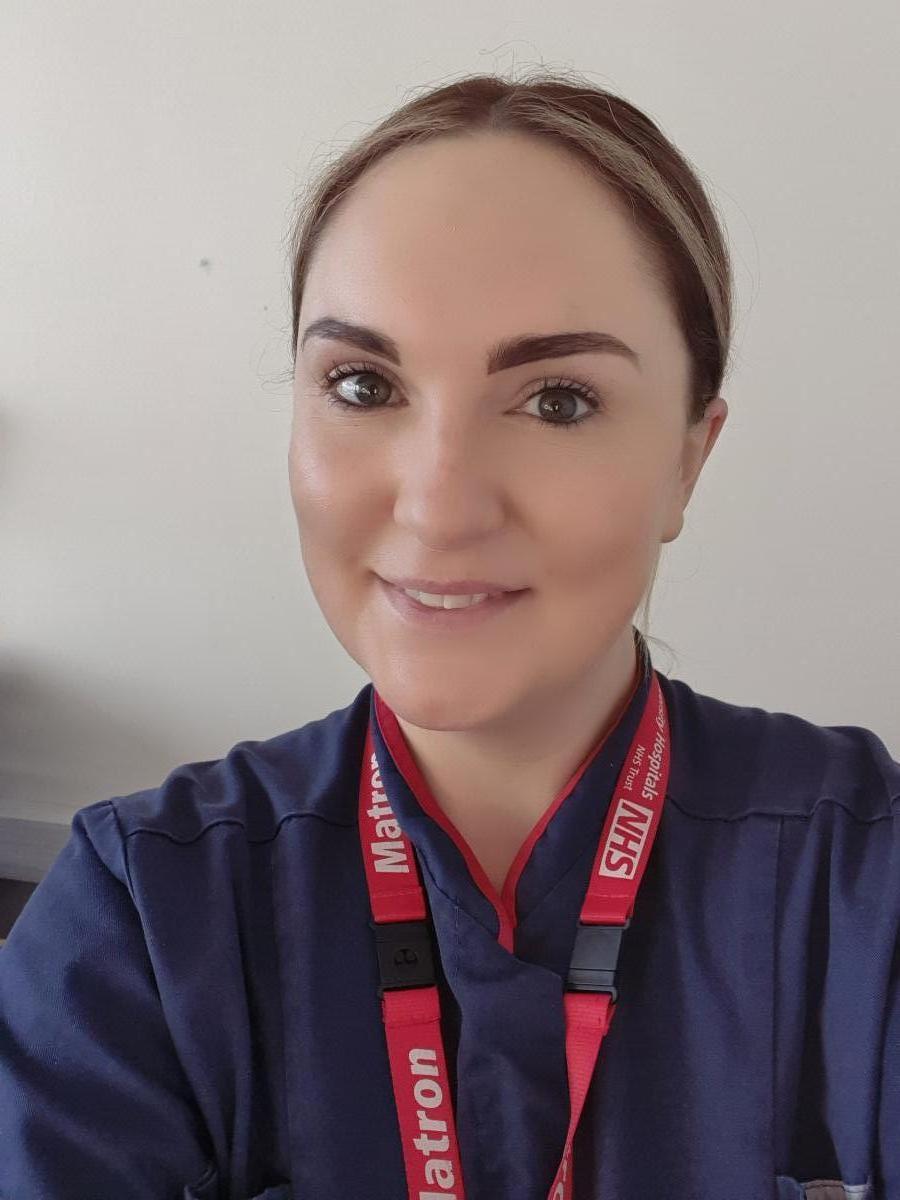 In 2010, Stacie came to work at Nottingham University Hospitals in the emergency department (ED) at the QMC, moving from a nurse, to a deputy sister then to a senior sister over the 8 year period working in ED. From there Stacie worked as the ward sister on the major trauma unit 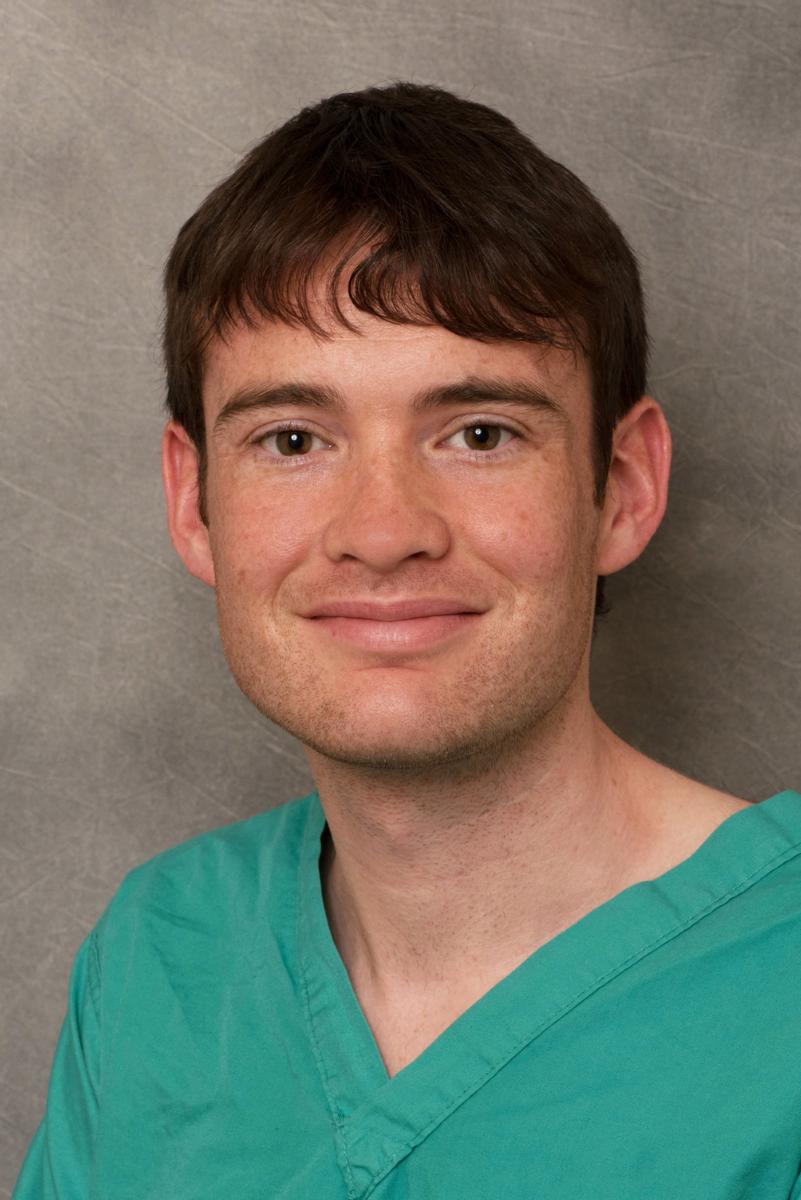 Ed qualified with an MRPharmS, Pharm IP and PG diploma in clinical pharmacy. He commenced his role as a specialist pharmacist within hepatology and the Nottingham hepatitis C ODN in our team in 2018.

He provides specialist pharmacist support and supply of medication to our patients in a variety of settings. He deals with medication prescribing and provides advice to healthcare professionals and patients. He leads our homecare service for liver transplant medication and leads our viral hepatitis treatment service. 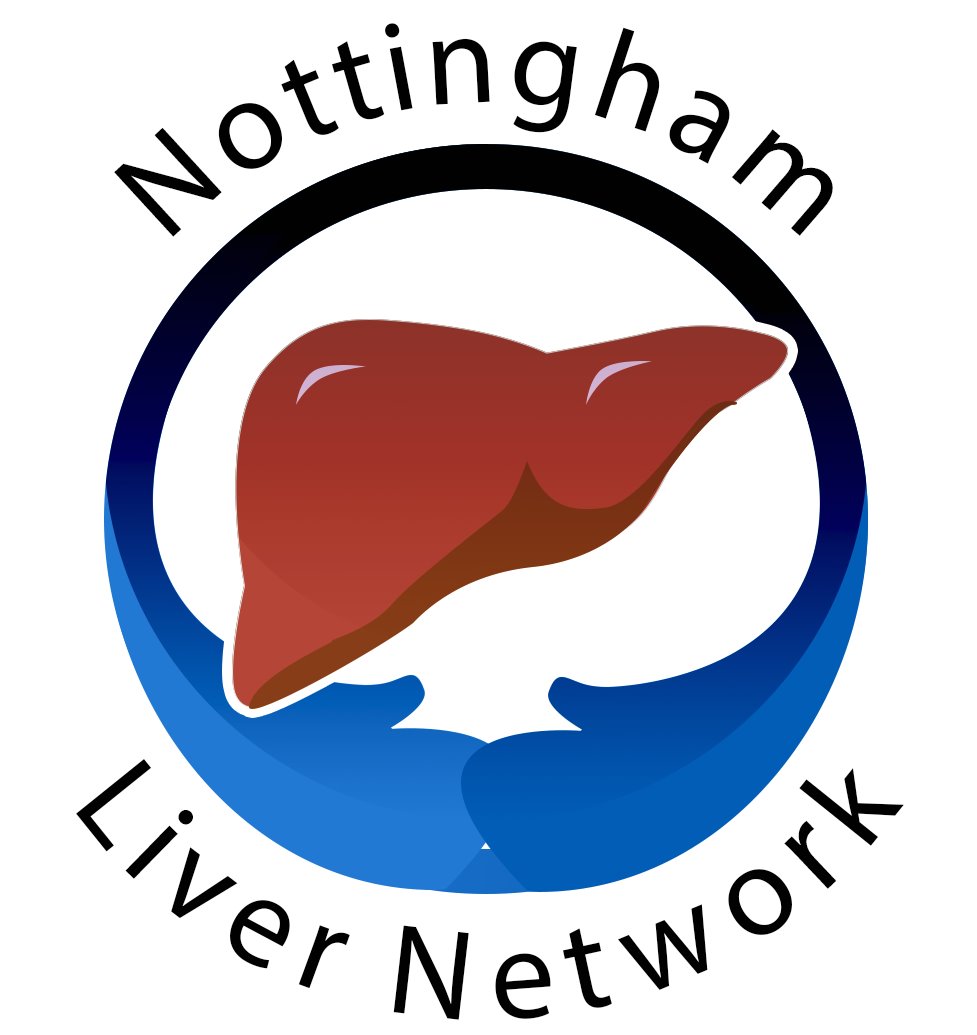 BASL (British Association for the Study of the Liver)