More than 460 patients are still with us today, thanks to the extraordinary skills and expertise of the team at the Major Trauma Centre.

Here are just some of those lives saved and their stories.

People across the world have been inspired by the courage and strength of teenager Billy Monger who was badly injured in the British Formula 4 Championship race at Donington Park.

He was airlifted to our Major Trauma Centre where, despite the best efforts of the team Billy had to have both of his legs amputated.

Thanks to the support from staff Billy was able to leave hospital a few weeks later, in time to celebrate his 18th birthday with his family.

Billy said 'thank you' to staff at NUH as he prepared to go home.

He said: "Without the help and support of the hospital staff, I probably wouldn't be here today. Thank you to everyone who has helped me. It will be emotional to say goodbye to everyone. Over the last few days, I have been learning how to get in and out of my chair, in and out of cars and physiotherapists have helped me to get my mobility up for when I get home. When a tragic event like this happens, people pull together. I have had support from people all over the world, including a signed card from world champion Lewis Hamilton and others. I want to inspire other people and prove how much you can do even when something like this happens."

Six months later Billy fulfilled a remarkable promise to return and walk back on to the hospital ward he left in a wheelchair just months before.

He left the ward saying when he returned he'd be out of his wheelchair. He was good to his word when he came back to see staff and present them with a special thank you gift.

Billy said: "That was the goal when I came back - to be able to walk up along the ward and say hello to everyone on my own two feet which I managed to do which is good! 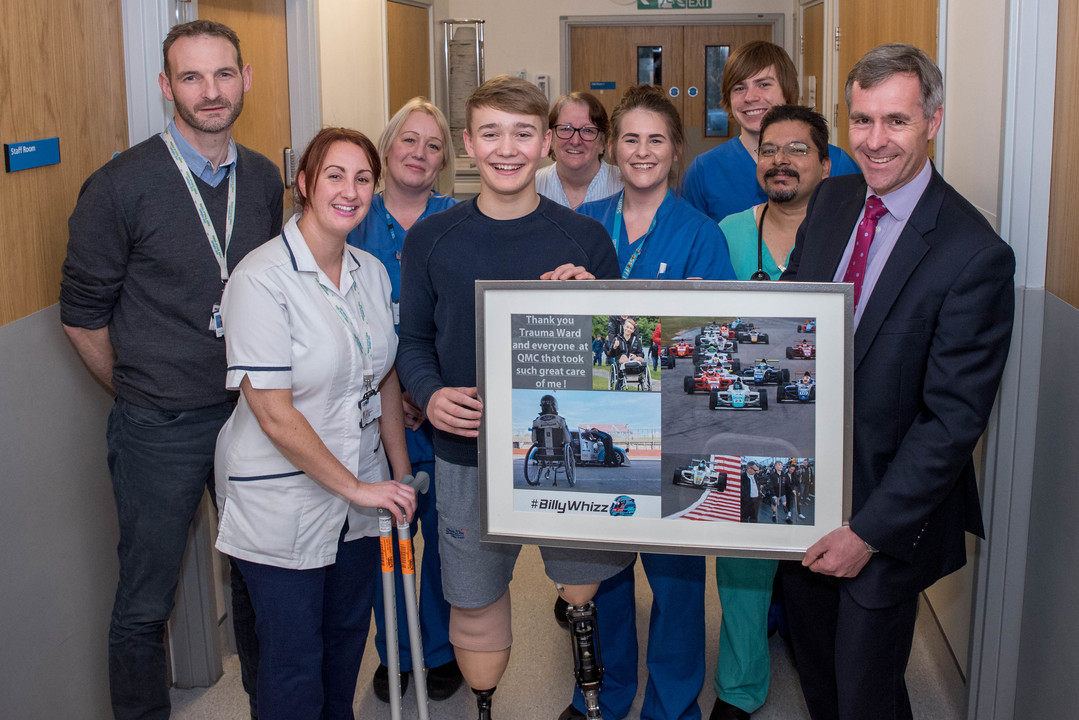 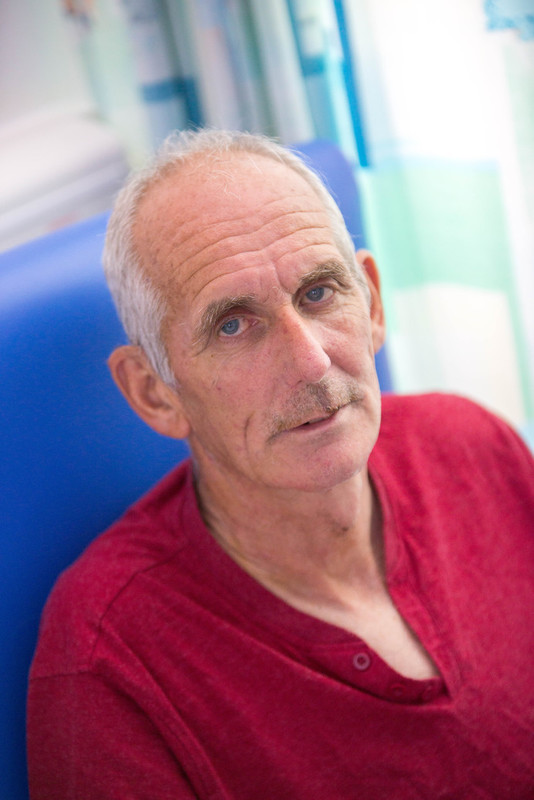 A former Doncaster cycling champion Graham Huck was treated by the MTC after being thrown into the air and thrown 60 metres down the road by a speeding car.

The grandfather-of-six narrowly escaped death in the collision on the A1, during which he suffered serious injuries including a punctured lung, a broken pelvis, five broken ribs and a fractured collarbone.

He said: "All I remember is being in the lay-by and there being a lot of blood. I think I was probably there for about an hour as the paramedics worked on me.

"When I was lying there on the road, immediately after the accident, I feared that I would never be able to go cycling again. It was very frightening."

Following the collision, which took place just outside Long Bennington in Nottinghamshire, Graham was taken to our centre where medics saved his life.

He said: "It’s the best trauma unit in the country so I was incredibly lucky that it was so near. The level of care I received was fantastic and it wasn’t just that they treated me so quickly – it was the level of personal care. They took the time to listen – they were always there, ready to help – I cannot praise them enough." 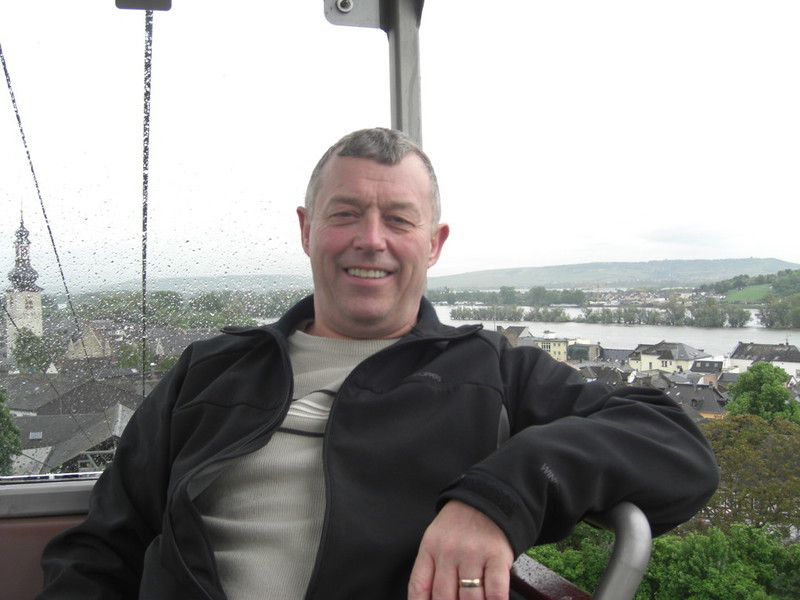 Mick Fletcher was taken to QMC for treatment after cracking his spine and crushing his pelvis following a motorcycle accident on A38.

Mick, a tactical flying officer for Derbyshire Police, said: "I was very grateful for how professional it all was. Everything went like clockwork. I was back at work quickly after my accident and I don't think that would have happened had I been anywhere else.

"I remember it was a nice, hot, sunny day when I had the accident. I was travelling to work to start my shift at 6pm. I hadn't realised a lorry had broken down on the A38. I was on my motorbike, travelling about 70mph when the next thing I knew, I came across a wall of traffic. I tried to brake but I couldn't do it in time and skidded into a car. Everything just seemed to stop and I was propelled in to the fuel tank.

"Next thing I knew, I was being taken into QMC. I had a full body scan which confirmed I had cracked my spine. Thankfully, it was quite low down and vertical, which mean't it wasn't too problematic. The operation was a success and I'm so grateful to Darren Forward my consultant."