Still time to nominate your unsung heroes of Nursing and Midwifery 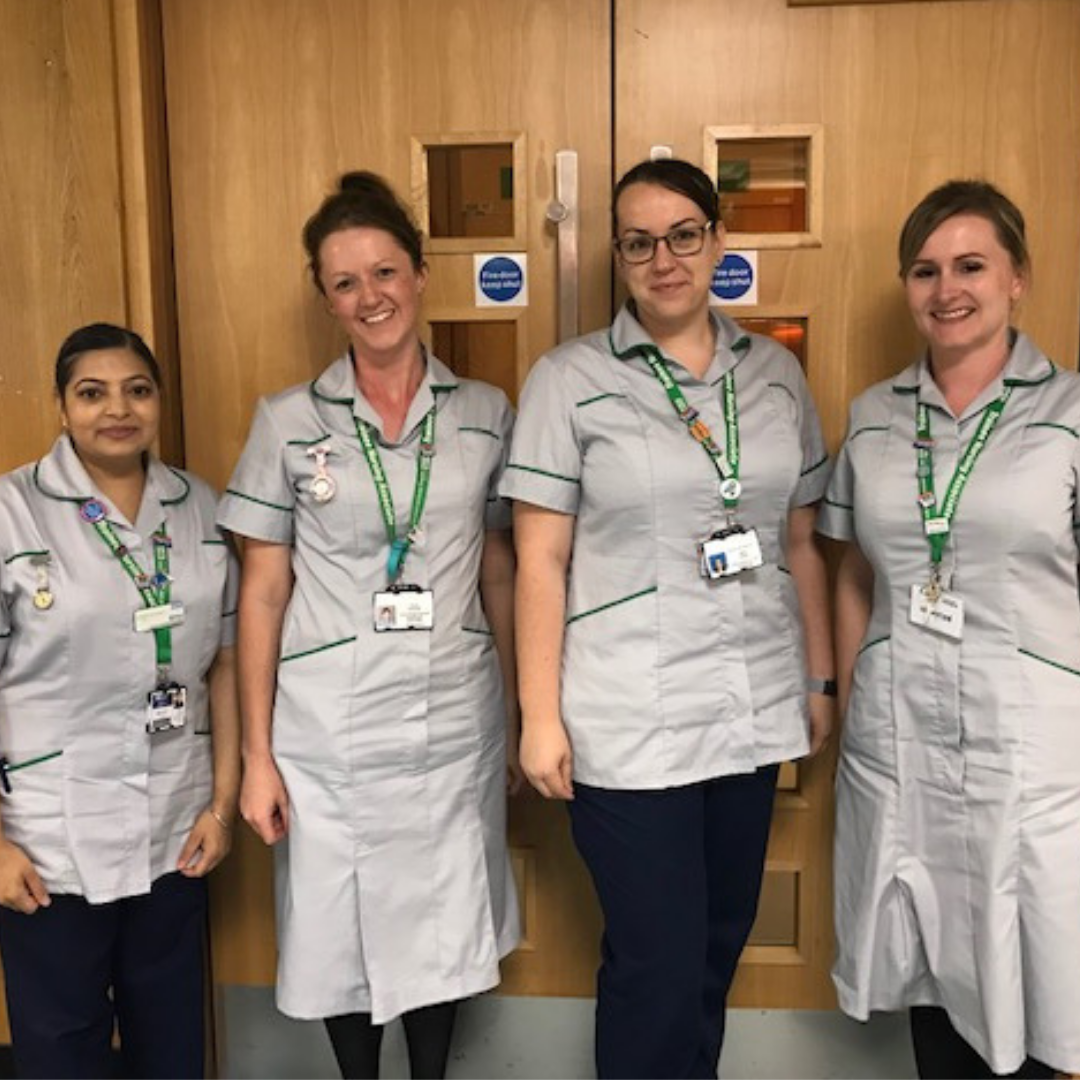 There’s not long left to register your nominations for the annual Nurse and Midwife of the Year (NAMY) Awards. Nominations will close this Friday (30 August) so there is still time to get your nomination in before it’s too late.

A new category this year is Nursing Associate of the Year. A Nursing Associate is a new member of the nursing team in England, with the role having been designed to bridge the gap between Healthcare Assistants and Registered Nurses.

In 2015, 2000 student Nursing Associates started pilot programmes across England, with the first cohort joining the Nursing and Midwifery Council (NMC) register when it opened in January 2019.

The Trainee Nursing Associate (TNA) course is based at Derby University, but 30 hours a week are spent on placements across NUH and in the community across Nottinghamshire.

Monica Korpal, 42, decided to swap her suit for scrubs after leaving her bank manager job to work in healthcare. She hopes to train to become a staff nurse straight away after completing her Nursing Associate training.

Monica said: “The experience that I’ve had as a TNA has been so valuable. I had a placement to study Nursing at the University of Nottingham, but I deferred for a year and decided to take up the TNA route.”

As well as being a stand-alone role, the Nursing Associate role provides a progression route into graduate level nursing.

TNAs also enjoy a wealth of hands-on experience, taking part in placements across children’s and adult wards, and in the community – including at local hospices and prisons.

Monica added: “I’ve worked on ward E16 at the Queen’s Medical Centre (QMC), over at City Hospital, and with on-call GPs out in the community too. I got to hear my first chest crackle on that placement! You get a variety of experience that you don’t get on the wards – and I believe that I’ve had more hands-on experience that I might have had as a student nurse.”

Mary Hopper, a TNA who is based on the Neonatal Unit at City Hospital, said that becoming a TNA means that she can give more back to her patients.

Mary added: “I should have followed my heart when I was 18 and trained to become a nurse. I did go and become a HCA before I got married and worked on the Paediatric at QMC for many years, but it was then a case of wanting to do more for our patients. I couldn’t go back to university because I already had a degree and couldn’t get further funding.

“Becoming a Nursing Associate is a good opportunity to do more for the people you care for. It’s a fantastic opportunity that NUH has given us.”

Emma Pallett, also a TNA, added: “There are more opportunities for progression in this role. I knew I wanted to do something more but with the nursing bursary stopped I couldn’t afford it.”

Emma originally planned to study nursing at university, but after having her three children, didn’t end up pursuing a role in healthcare until they were older.

Emma added: “The TNA role is great for those coming into healthcare and who might be a bit older. You get the best of both worlds: a full time wage and the chance to go to university.”

Monica, Mary, Emma, and Nicola Hempsall (pictured) make up the third cohort of TNAs to join NUH in two years.

You can nominate a Nursing Associate from Nottingham’s hospitals who has gone above and beyond their role for a NAMY Award. Open for public nominations, the NAMY Awards are an opportunity for staff to be recognised for the work they do, many of whom often go above and beyond the provide excellent care for their patients. Nominations can be made here.

The shortlist will be announced in September, with a public vote to decide the winners opening on Monday 16 September.