Monday 7th September marked the start of national Organ Donation Week. Here at Nottingham University Hospitals NHS Trust we're asking local people to speak to their loved ones about what they would like to happen to their organs in the event of their death. We're also highlighting the life-changing and life-saving impact of organ transplants to thousands of people every year.

Since May 2020, adults in England are considered as potential organ donors when they die unless they had recorded a decision not to donate or are in one of the excluded groups. This new ‘opt out’ system was in part brought about by the campaigning of Max Johnson and his family, after 9 year old Max received a life-saving organ donated by Keira Ball, a little girl who passed away after a road traffic accident in 2017. 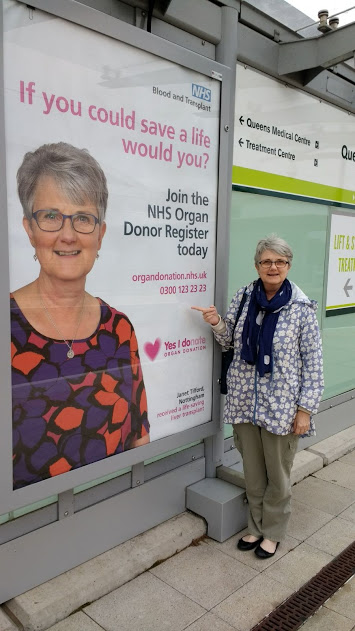 Janet Tilford, 63, of Hucknall is a member of the NUH Organ Donation Committee. Janet received a life-saving liver transplant back in 2015: “People I talk to are generally quite surprised to hear that they are much more likely to need an organ than to be a donor of one. I think people panic a bit, that their organs will just be taken, but it’s really not the case. It’s still about making your wishes known, and having them honoured. I always say, if you would accept an organ, would you be prepared to give one?”

Janet had always carried an organ donor card, but rarely thought much about it. Until 2015, when that all changed.

As she puts it, “transplants and organ donation were things that happened to other people”. But five years ago she became seriously ill with a rare liver condition.

Having initially “just carried on” despite experiencing symptoms, Janet was admitted to the Queens’ Medical Centre. Within weeks she found herself in intensive care at Addenbrooke’s Hospital in Cambridge awaiting a liver transplant.

She said: “I was told I was put on top of the super urgent list as my condition was so bad. They told my family that I only had days to live.”

Janet first began feeling ill a few weeks before she went to the doctors. She had blood tests done that day and received a phone call the same evening saying she needed to get to hospital.

She said: “I wasn’t really that worried as I had jaundice when I was younger and I assumed it was just that. I thought I’d be out the next day. Little did I know!”

Five years on from her transplant Janet is doing well and was the face of a national organ donation campaign a few year ago. She also does regular talks at local groups to raise awareness of the importance of organ donation, and the profound and often life-changing impact it has on individuals and their families.

She said: “Organ donation saved my life. You always think it happens to other people but look at me! Within the space of less than a month I had gone from being fit and well to having a liver transplant. 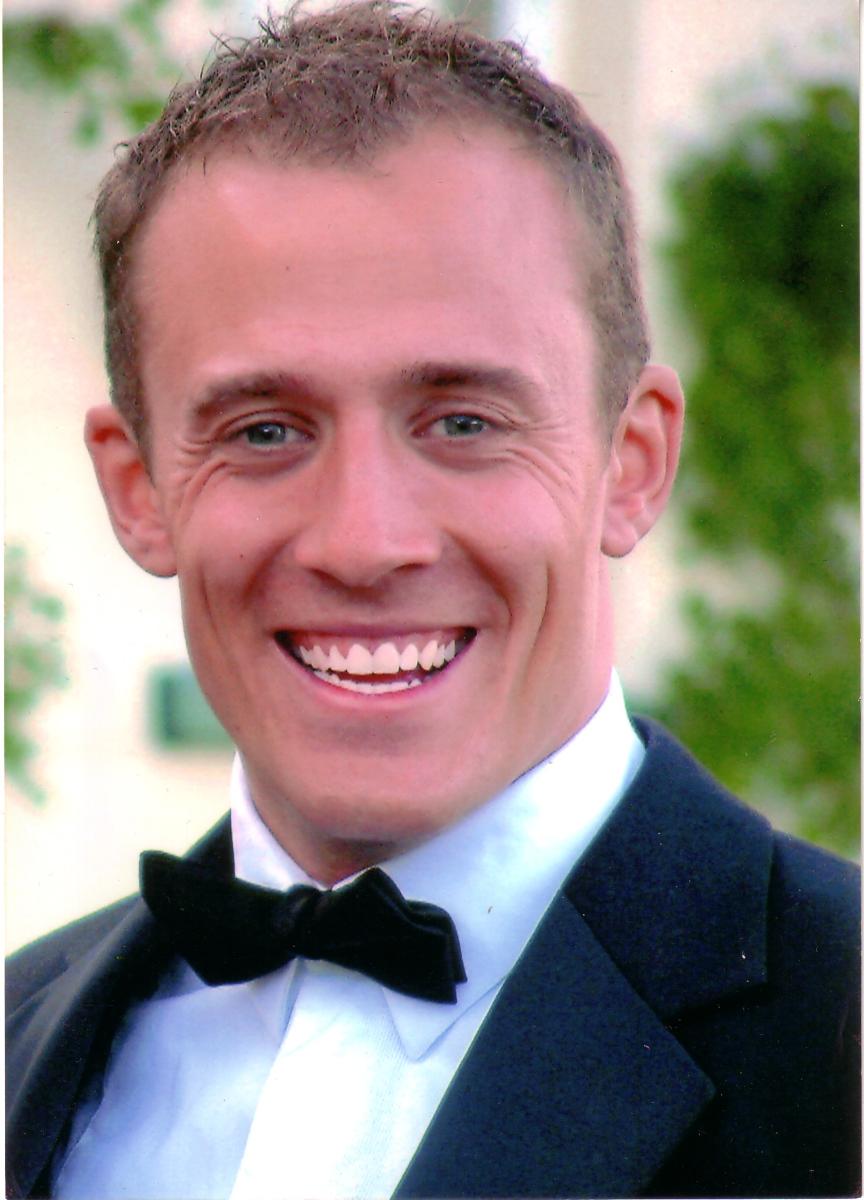 Carol Donaldson, an Organ Donation Ambassador for the trust, has experienced organ donation from a different perspective, having lost her son, James, 13 years ago following a motorcycle accident.

James was 24 when a stone hit the visor of his helmet, causing the motorcycle that he and his then girlfriend were travelling on to hit the central reservation. His girlfriend suffered a broken wrist but James had to be airlifted to Chelsea and Westminster hospital, London.

“Initially James had an operation on his shoulder, but soon after he had a bleed on his brain. James’ death was a huge shock, it was a horrendous time for us”.

Following James’ death Carol and her husband learned that James had signed up to be an organ donor and had recorded his decision, via the online organ donation register, to donate all of his organs and soft tissues in the event of his death.

For Carol, whose father had left his body to medical science at the Leicester Royal Infirmary years before, this came as a source of comfort: “We were approached by a specialist nurse who spoke to us about James’ wishes with the utmost respect and sensitivity. We didn’t think twice about giving our blessing for James’ organs to be used to help others. As well as knowing that this was James’ wish, it also helped us during this awful time to see the respect and dignity with which James was treated. I think people are rightly worried about how their loved one will be treated if their organs are taken after their death. But our experience of organ donation has been nothing but positive”.

“With our blessing the hospital updated us on when James’ organs or other soft tissues were given to someone else. We are immensely proud of James. He was a remarkable young man whose decision to donate has saved the lives of at least 5 people that we know of”.

The case of one young man in particular gives Carol and family huge comfort. Having received James’ heart, the recipient was able to spend a further 10 years enjoying life with his family. Carol continues: “If you can save a life, why wouldn’t you? I now go out and about to deliver talks on behalf of the NHS organ donation team. I’m taking up the sword and doing it for James”.

As the recipient of a donated liver, Janet Tilford echoes Carol’s experience: “When I was very unwell, with maybe 2 or 3 days left to live, my family were acutely aware that as I was undergoing my life-saving transplant, another family somewhere were grieving the loss of their loved one”.

Still emotional five years on when speaking about her experience, Janet recounts that she wrote her donor’s family a letter of thanks – mediated by Addenbrooke’s hospital to preserve anonymity of both parties – and of her delight on receiving a card back. “I couldn’t open the card for a week. Eventually I summoned the resolve to read it, which was incredibly humbling and emotional. Having since talked to families of deceased loved ones who have donated organs, I now appreciate what a source of comfort it can be to them. The act of fulfilling their loved one’s wishes to improve and save lives, and prevent other families from going through the same pain as they are going through, is a great comfort and can be the thing that helps them through their grief and loss”.

Have the conversation and register your decison today

Research shows that eight in ten people in England say they definitely want to donate or would consider donating some or all of their organs. However, only just over a third of adults have told their partner or family that they want to donate their organs after they die.

Despite the law change, there are still many misconceptions about what the ‘opt out’ system for organ donation means. Key messages of this year’s Organ Donation Week are that: