Bringing a wedding to NUH

Bringing wedding to the hospital ward 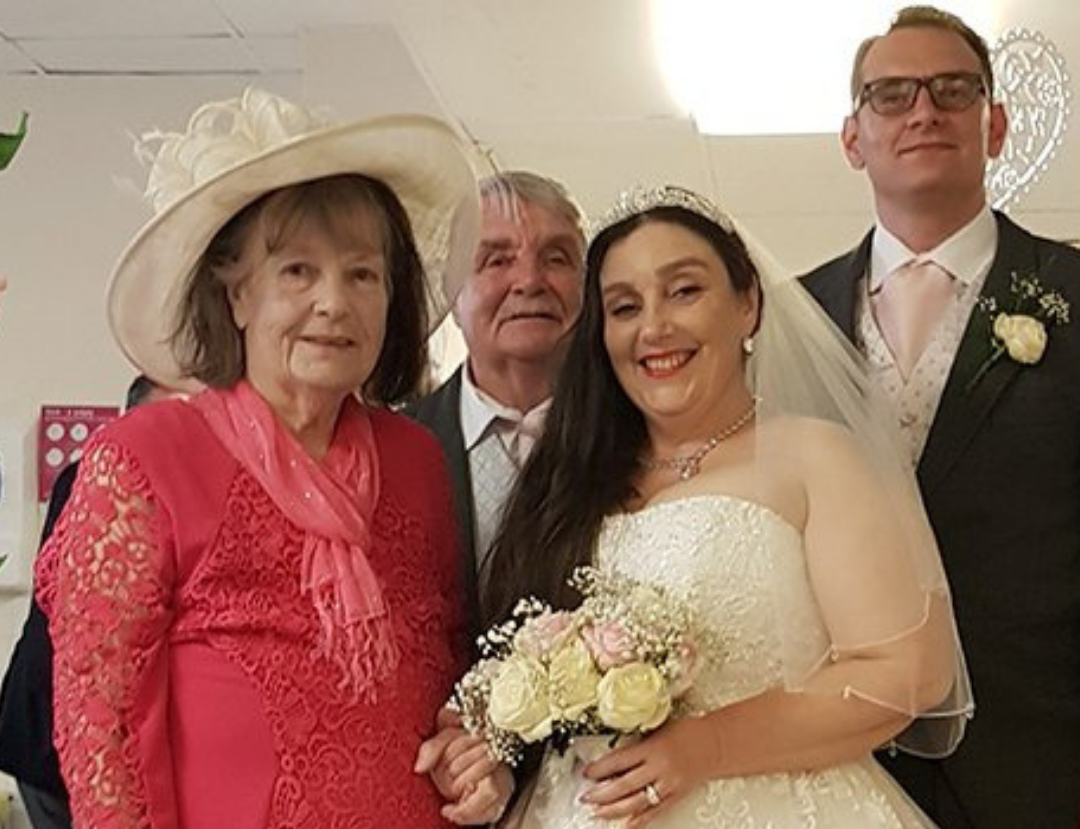 When patient Janet Adams was too unwell to attend her daughter’s wedding ceremony, nurses from Nottingham University Hospital’s NHS Trust (NUH) pulled out all the stops to make sure she didn’t miss the occasion.

It was a case of bringing the wedding to the ward when a nurse went above and beyond to ensure her patient was able to enjoy her daughter’s special day.

Staff Nurse Rachel Newton, who works at Nottingham City Hospital, said patient Janet Adams was ‘heartbroken’ earlier this month after doctors said she was too unwell to attend her daughter’s wedding.

But after ensuring the hospital’s chaplain was available, Rachel contacted Ms Adams’ daughter about arranging a blessing on the ward the following day, just hours after the wedding ceremony.

Rachel said: “I asked her if she was planning on coming onto the ward in her dress to show her mum, would she be happy to have a blessing or for me to make a bit of a fuss.”

“She had a few tears over the phone. I asked her for any personal touches she would like, and she said she would be happy with anything. I said leave it with me.”

Rachel, along with other nurses and members of staff, helped to decorate Fleming Ward with fairy lights and flowers on the day and even staged an aisle for the bride and groom.

Having married earlier in the day, Sarah and James West had the blessing at 6:15pm on 11 August. Ms Adams, her husband Arthur, and the ward’s other patients watched as the couple walked down the aisle to Christina Perri’s ‘A Thousand Years.’

Ms Adams, who has been on the ward for two months and has cardiac and respiratory failure, was ‘overwhelmed’ by the gesture, Rachel said.

She wore the outfit she originally planned to wear on her daughter’s wedding day. Third-year nursing management student, Hollie Brailsford, even did her hair and make-up for the occasion.

Rachel added: “The chaplain did an absolutely fantastic service and blessed the wedding rings for them.

“The groom was in floods of tears when he was trying to talk. The feedback was that the blessing on the ward was more emotional and better than their actual wedding. They are so thankful.”

Celebrations concluded with wedding cake for everyone involved.

The Nurse and Midwife of the Year (NAMY) Awards are on opportunity for Nottingham hospitals’ nursing staff to be recognised for the work they do, many of whom regularly go above and beyond to provide excellent care for their patients.

Nominations can be made here.

A public vote to decide the winners opens on Monday 16 September.